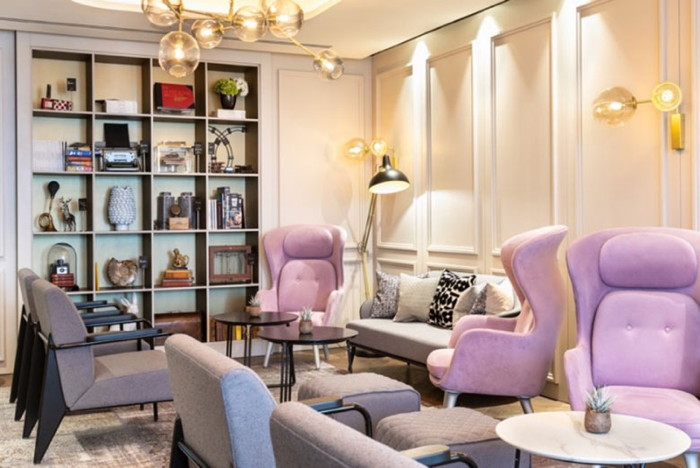 Late spring 2019 sees the official opening of the Group's first premium boutique hotel, Holmes Hotel London. Formerly Park Plaza Sherlock Holmes London, the repositioned hotel situated on Chiltern Street Marylebone, has seen a multi-million-pound refurbishment of the original site which includes all guest rooms and public areas. Reacting to the ever-evolving market trends, the new hotel will offer the required flexibility to facilitate guest's on and off- site demands and provide a personalised, service for all guests in one of London's most sought-after neighborhood, Marylebone Village.

The 5,499m² property comprises of four classic Georgian buildings housed over four floors. Holmes Hotel will encapsulate a new identity as a premium boutique hotel with a renewed sense of heritage, immersive playfulness and approachability – a stylish home away from home for the contemporary traveller looking for a unique stay.

The main entrance of the hotel has been moved from Baker Street to Chiltern Street, allowing guests easier access to Marylebone's stylish boutiques, galleries and eateries, Holmes Hotel London's interiors and ambience have been designed to reflect the chic, personality driven Marylebone Village and to encompass the luxurious feel of the local area.

Elegant, modern facilities will include 118 sophisticated guest rooms, three meeting spaces, a gym and an all-day dining destination, Kitchen at Holmes, which offers a seasonally inspired menu in celebration of Londoners and the sensational cultural melting pot of the city.

With an expert eye for contemporary design, the award-winning Digital Space created the vision and interior design for the modern, classic hotel whilst award-winning European design agency Zopsigog continued the story-telling through subtle flavoured intriguing touch points adding hidden depth to the mystery that runs throughout the historic and modern Sherlock Holmes culture.

Boris Ivesha, President & Chief Executive Officer, PPHE Hotel Group added, "We are excited to open the doors of our first major repositioning project in 2019, the Marylebone located Holmes Hotel London. We look forward to welcoming our local neighbours and international guests this spring to showcase our new premium boutique hotel which is reflective of the iconic personality and ambience of Marylebone. This opening will be the first of several repositioning projects to be completed this year, with similarly exciting projects in their final stages in Amsterdam, Utrecht and Croatia."

If you are a member of PPHE Hotel Group you may be interested in learning how to optimize your content on our network.