Why Don’t Luxury Hotel Brands Truly Differentiate? Have They Run out of USPs? - By Jochen Ehrhardt

Are there any truly differentiating luxury hotel brands? LetÂ’s face it, the vast majority of 'luxury' hotels still fall into the category of 'traditional' luxury. There are numerous hospitality brands these days competing in the luxury realm and there is no real definition for, and distinction between, what is luxury vs. for example, upscale. 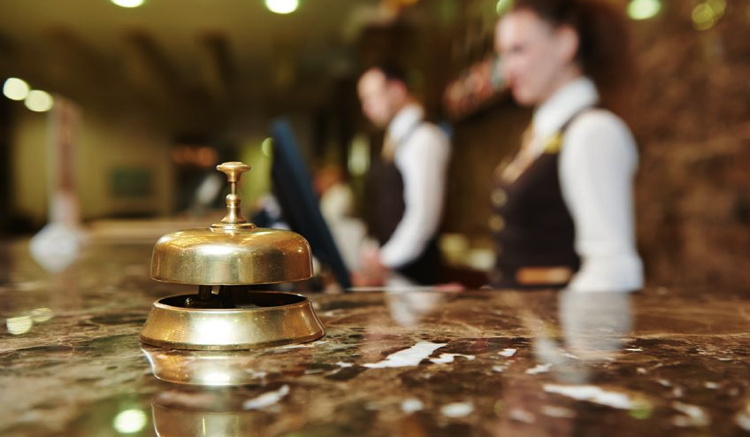 Why Dont Luxury Hotel Brands Truly Differentiate? Have They Run out of USPs?

When Steve Rubell and Ian Schrager, once famed co-owners of Studio 54 in New York, opened the Morgans Hotel in 1984 followed by the Royalton and the Paramount Hotel, both designed by Frenchman Philippe Starck, they created instant hits by ushering in a new era of so-called Boutique (Lifestyle) Hotels with “lobby socializing” like never seen before. These cool, hip, and chic spaces drew a crowd of like-minded hotel guests, including the author, as well as residents.

For the first time, “luxury” became affordable and hotel bars were no longer money-losing must-haves but New York’s most sophisticated gathering spaces and watering holes. A new definition of “luxury” in hospitality was born.

So, the question is, beyond W, are there any truly differentiating luxury hotel brands? Let’s face it, the vast majority of “luxury” hotels still fall into the category of “traditional” luxury. There are numerous hospitality brands these days competing in the luxury realm and there is no real definition for, and distinctioun between, what is luxury vs. for example, upscale. In addition, there are some iconic, and in some cases legendary properties that have managed to become brands themselves over the years. In total, it is estimated that there are close to 20,000 5-star classified hotels in the world, all claiming the "luxury" descriptor.

Numerous brands lack notable distinction: For example, when a property is de-flagged, the new operator can and often does take over almost seamlessly, thereby calling into question any asserted differentiation.

The truth is that all these brands claim to have a genuine and unique brand core and promise, yet these are generally not really noticeable to the consumer, who consequently does not reciprocate with brand loyalty because he or she doesn’t know and connect with any meaningful-to-them difference between one brand and another. As a result, consumers prefer to search online aggregators providing the largest possible selection and offering the most competitive pricing.

The question is, therefore, why are there almost no truly differentiating hotel brands within the various categories?

Hotels are assessed primarily by the quality of the facility and staff service; minimally by that key factor to the guest experience: Emotional intelligence; and very rarely if ever, by operational efficiency.

Obviously, hotel facilities themselves do differ as there are no two identical pieces of real estate. But beyond that?

Could it be that the standards that traditional luxury hotels operate by are nearly identical? Indeed, the vast majority of competing luxury hotel groups and individual luxury hotels are measured by the exact same criteria—simply because they work with the same quality assurance advisory firm that determines what qualifies as luxury.

On the face of it, consistency of standards is a desirable element providing predictability for guests, but the real benefit can only be realized if those standards reflect the full range of elements listed above in equal measure, because luxury and a truly luxurious experience cannot manifest if any one element is missing or weak.

Another reason for hard-to-differentiate hotel products is that hotel operator contracts are acquired somewhat opportunistically, as opposed to following a dedicated strategy. In other words, hotel brands tend to amass properties not only to make more money and scale their business, but also to simply snap up a property before a competitor does.

The investor/landlord, obviously, prefers to build in such a way that there are multiple operators competing and an operator can be replaced easily if needed.

Despite the above, there is hope, as there is one operator at least that does have a truly differentiating product: Six Senses.

It remains to be seen whether this branding will continue under the IHG umbrella, which until now has not had luxury experiences in its DNA.

However, make no mistake, hotel brands are thriving like never before. According to Top Hotel News, there are more than 900 hotel projects in the pipeline, with the majority located in Asia.

Even though they only differ by category and by name, name recognition seems to be the lowest common denominator and the name of the (brand) game!

In recent years, hotels have invested heavily in expensive performance marketing by paying intermediaries for clicks and bookings. This focus on short-term results comes at the expense of long-term brand-building.

Brand building generates brand awareness and distinguishability for the consumer. So instead of launching yet another undistinguishable brand, while confusing the consumer even further and deepening the dependency on intermediaries, why not focusing on strengthening existing brands, or even lowering their number, and make them unequivocally distinguishable?

Jochen Ehrhardt (jochen@dna-qa.com) is a Managing Partner and EVP Audits for DNA-QA, an independent QA provider whose most-comprehensive and customized audits, reports, and follow-up are centered not around increasing membership nor publication sales, but simply helping clients improve their product and service offerings for the benefit of their guests. www.dna-qa.com